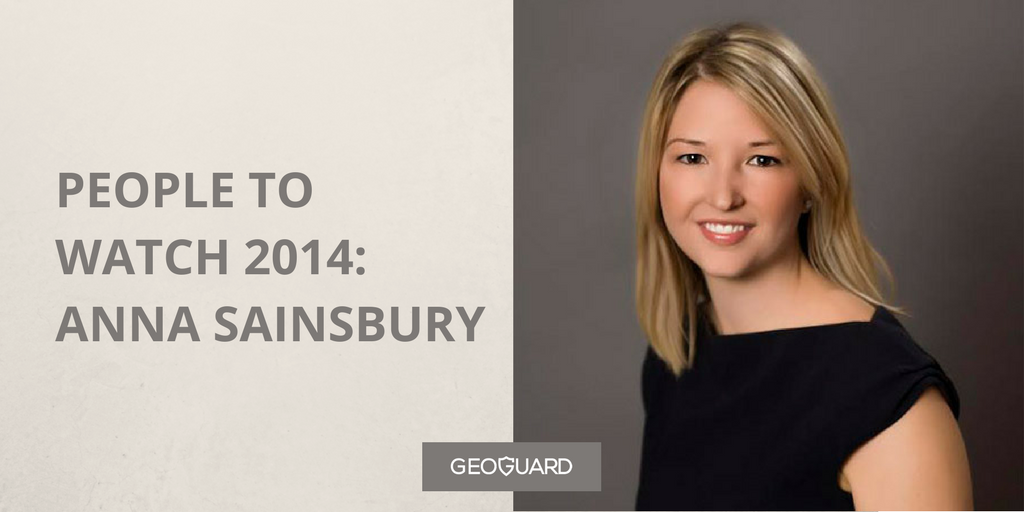 Legal online gaming in the United States is in its infancy, and individuals who understand what is needed for it to grow and prosper will also grow and prosper. That’s what happened for Anna Sainsbury.

She got her first taste of the technology needed to operate and regulate online gaming when she served as commercial director for testing lab TST, which is now the internet gaming testing division for Gaming Laboratories International. She left TST to enter the consulting world. It was then, while working with the DC Lottery on what would have been the first internet gaming system in the United States, that she realized how crucial geolocation was about to become in any jurisdiction limited by boundaries and borders.

“The federal regulations we were following required quite stringent geolocation technologies that didn’t exist in the market at that time,” she says. “That’s where the idea of GeoComply was born.”

Two years later, with an office in Las Vegas, Sainsbury and her partners decided that New Jersey was the future of the company.

“We’ve been lucky enough to obtain 90 percent of the geolocation market in the state’s recently launched online gaming market,” she says.

“When we first started looking for a complete geolocation solution,” she explains, “it wasn’t just one data source that we needed. A whole group of data sources was necessary in order to approve players no matter what device they were using. We also needed to satisfy the reasonably designed requirement issued by the Department of Justice.”

Sainsbury says the company collected every kind of geolocation indicator, collecting as many different database partners as they could get.

“We wanted to be sure that no matter what the scenario, we would have databases to compare,” she says. “We also established a complicated rules engine to ensure that nobody could spoof the data that was locating them, while providing as much flexibility to our gaming partners as possible.”

The challenges of geolocation in New Jersey are quite unique, says Sainsbury, so much so that the technologies in use in Nevada weren’t going to be enough for the Garden State.

“There are over 1 million (out of 9 million) that live within one mile of the border,” she says. “So we definitely had to rely on more accurate data sources—GPS data, as well as Wi-Fi data. We worked with the regulators to add some extra layers of spoofing protection. We took some existing technology that we had and implemented special detection mechanisms.”

Because of the unique challenges of New Jersey, Sainsbury says the state will become a focal point for the industry.

“New Jersey’s ability to go from no iGaming standards at all to some of the best standards in the industry in six months has been unprecedented,” she says. “This will be motivational to some other states that have been considering online gaming but holding off until there is more certainty. It shows it can be done and can be done with success.”